The 13th Congress of the German Society for Theater Studies will take place in Frankfurt am Main and Gießen from November 3rd to 6th. Under the heading „Theater as Critique“, the congress invites participants to examine theater as a critical practice. With the crisis of the classical groundings of both theater and critique in mind, the congress will reconsider, on the one hand, the history, theory and issues of theater and, on the other, the concept of critique. At the heart of the debate are not the subjects of theater critique but rather critique itself.

Keynote speeches by Shannon Jackson (Berkeley), Christoph Menke (Frankfurt) and Werner Hamacher (Frankfurt) as well as roughly 200 contributions in more than 60 panels will be complemented by a performance program consisting of contributions from students of the Hessian Theater Academy (HTA) and a production of “Five Easy Pieces” by Milo Rau/IIPM and CAMPO.

Above all, we are delighted about the high number of international guests taking part –  one out of every four panelists is from a university outside of Germany, Austria or Switzerland. For the first time, an English panel series will take place throughout the congress and there will be English subtitles for the keynote speeches held in German.

You will find the conference program as a PDF document here » 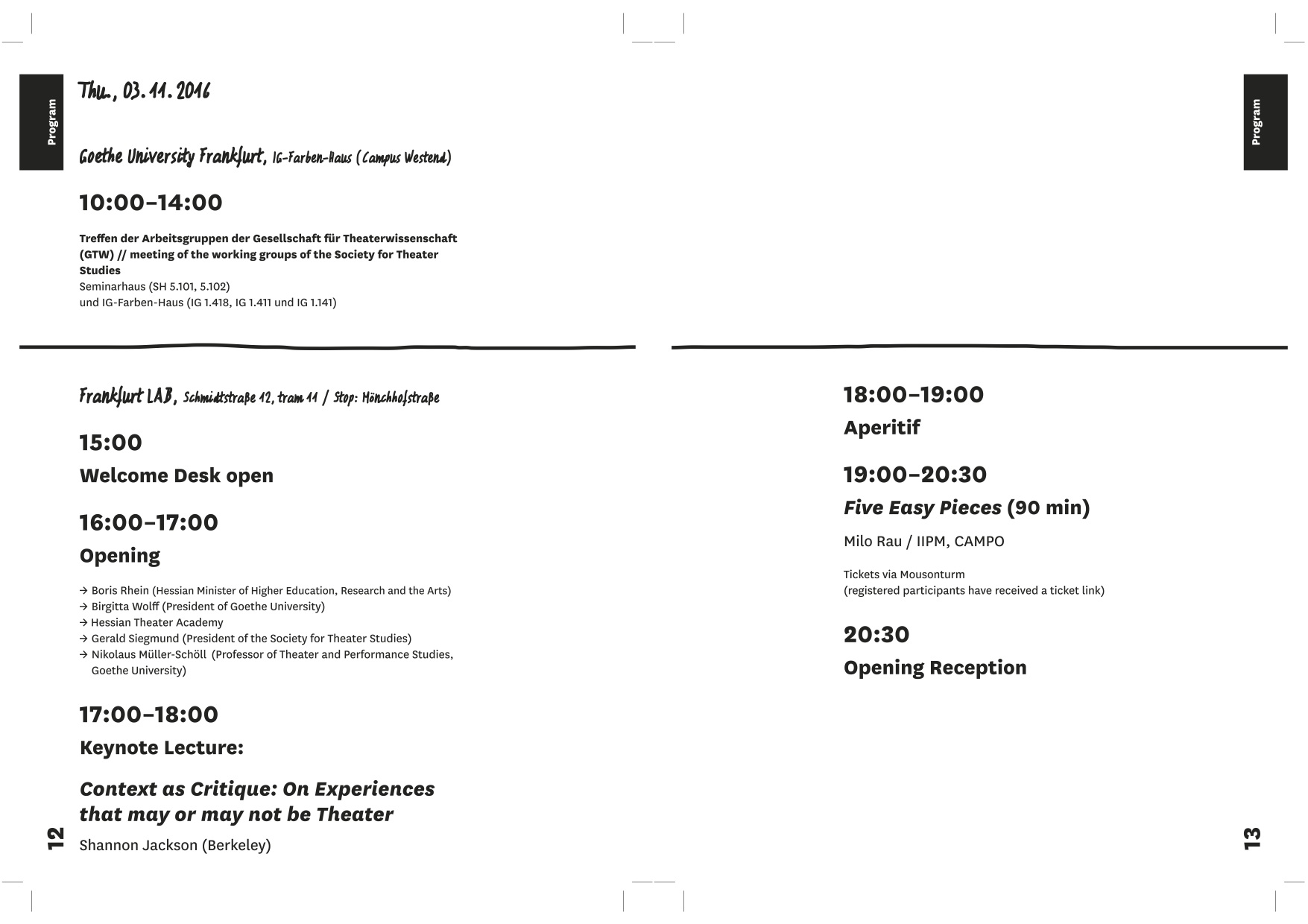 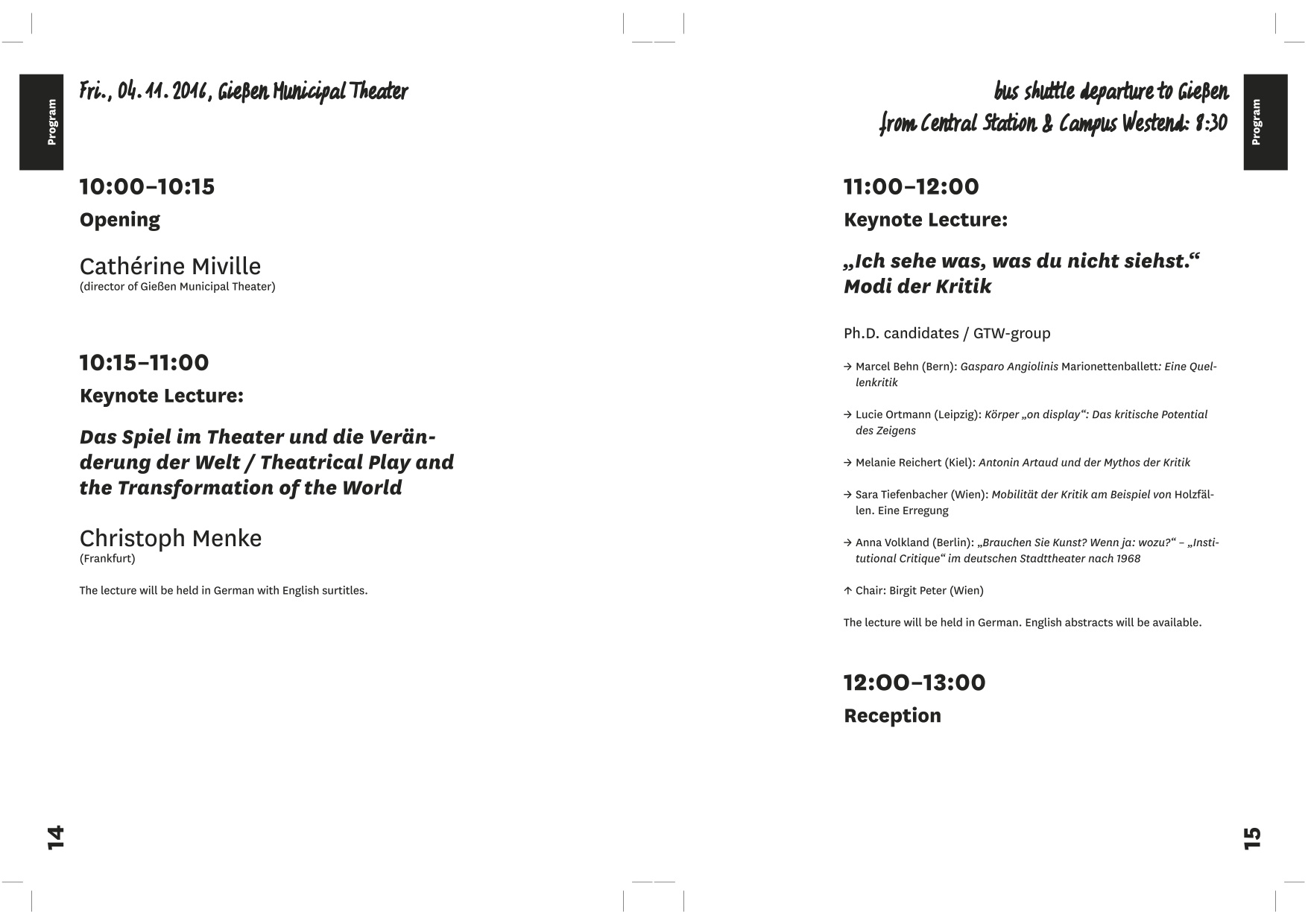 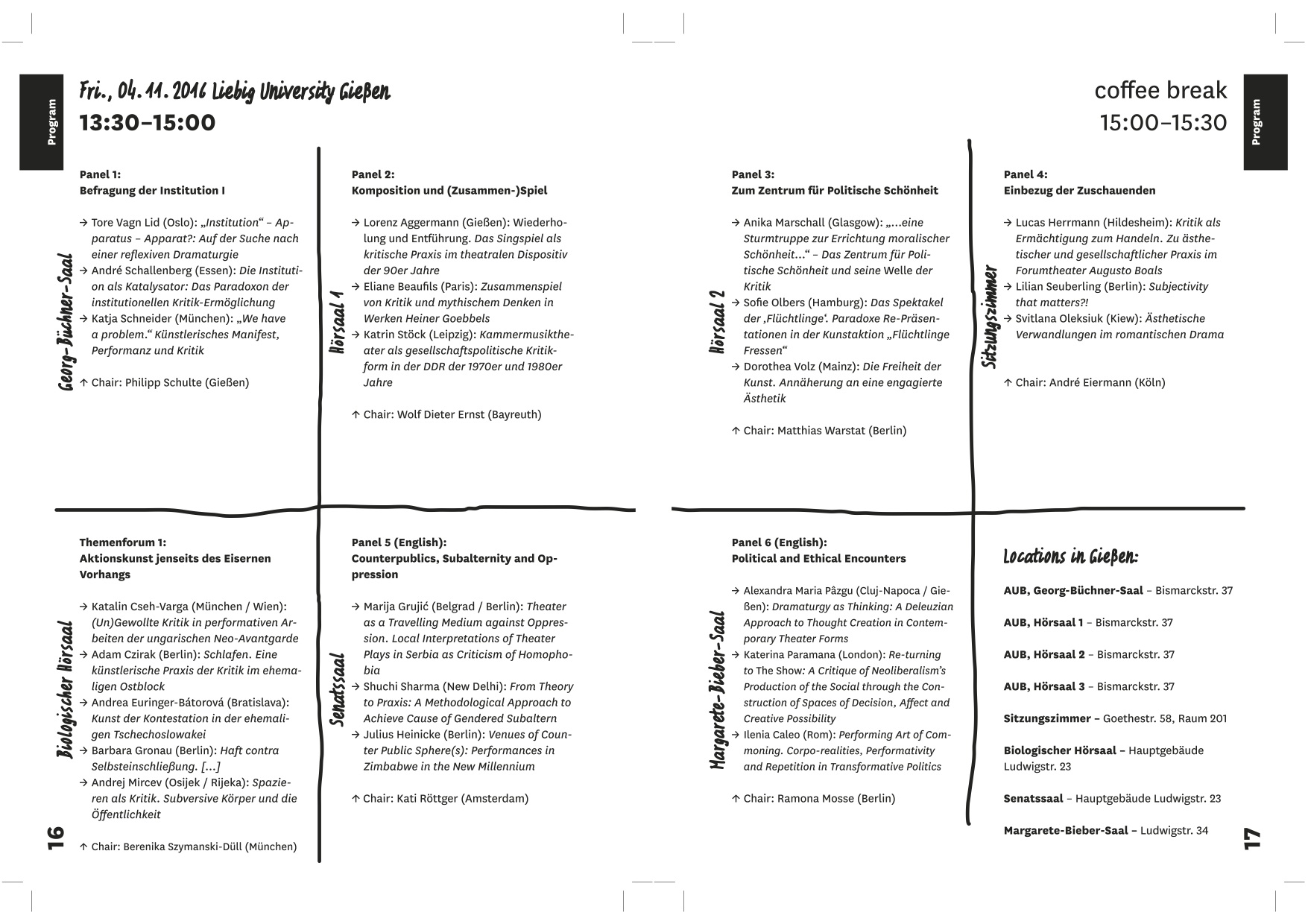 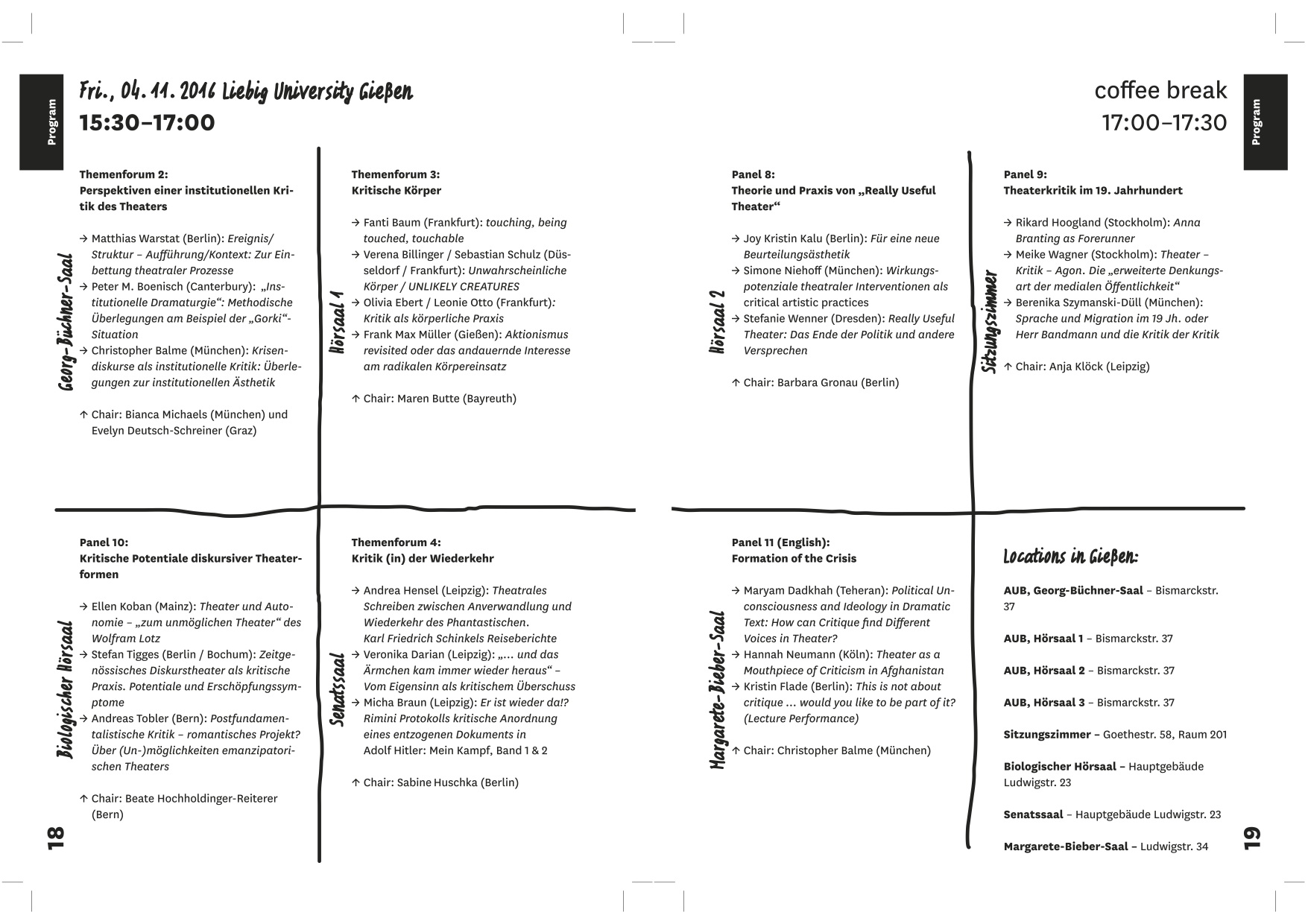 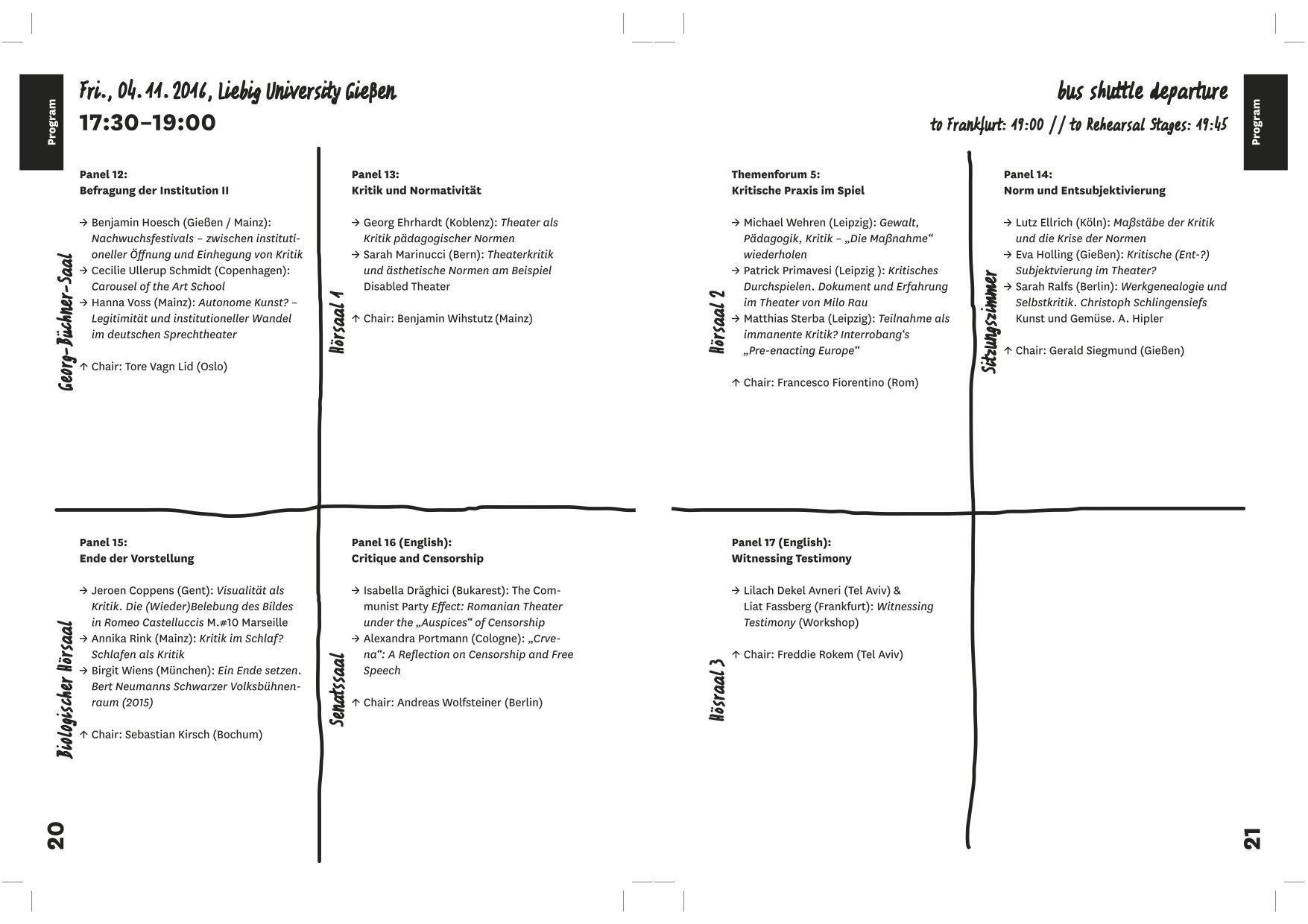 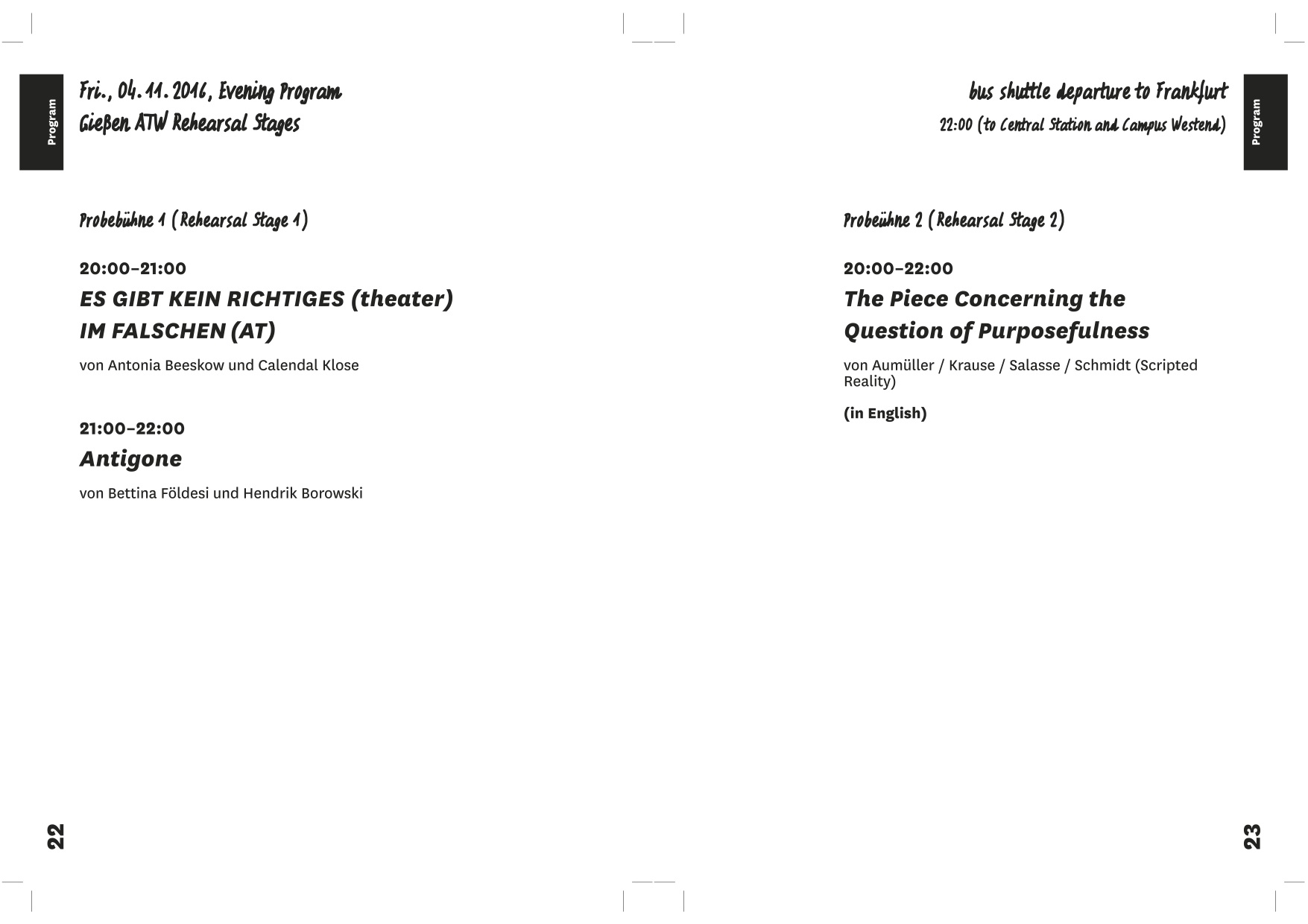 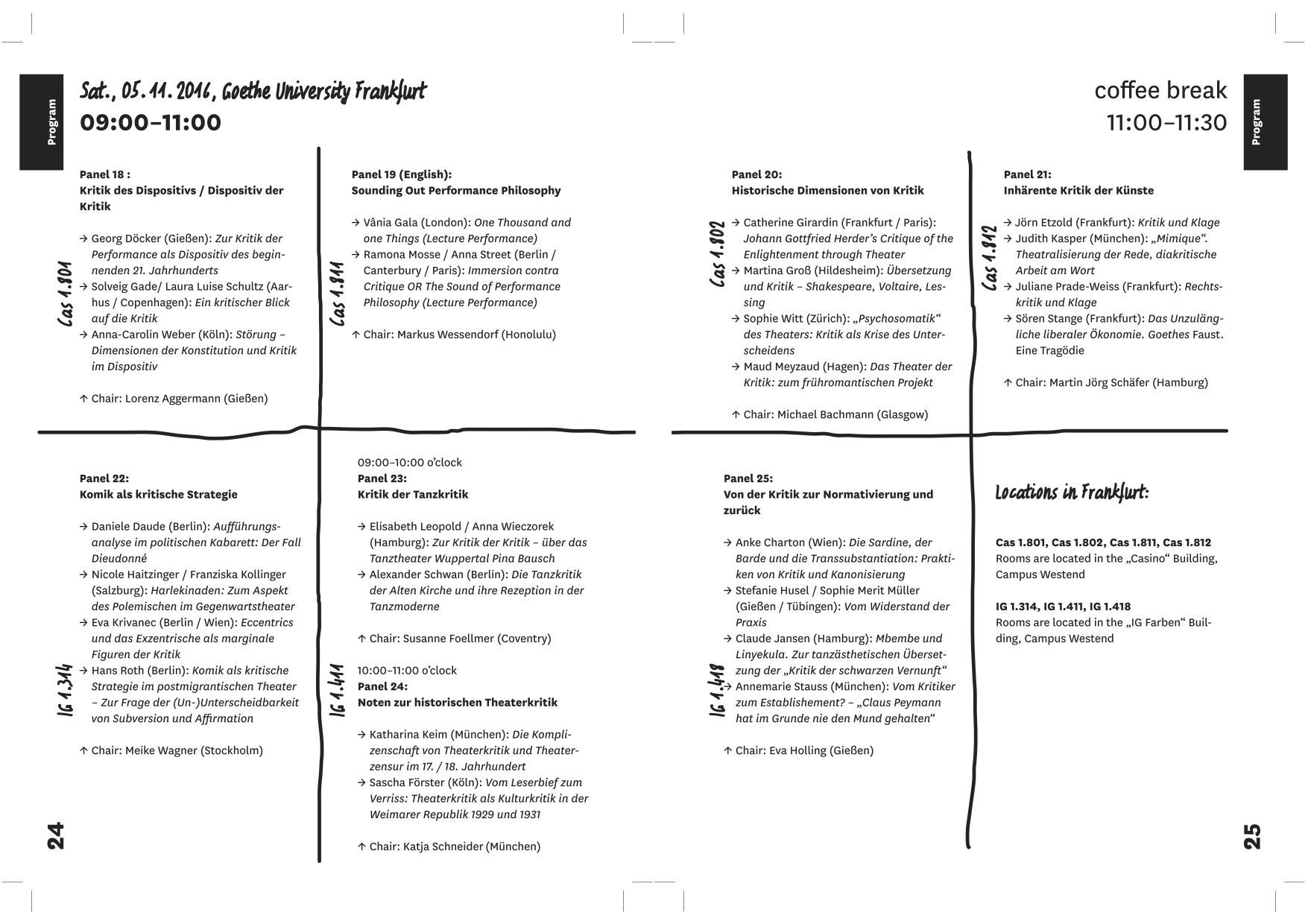 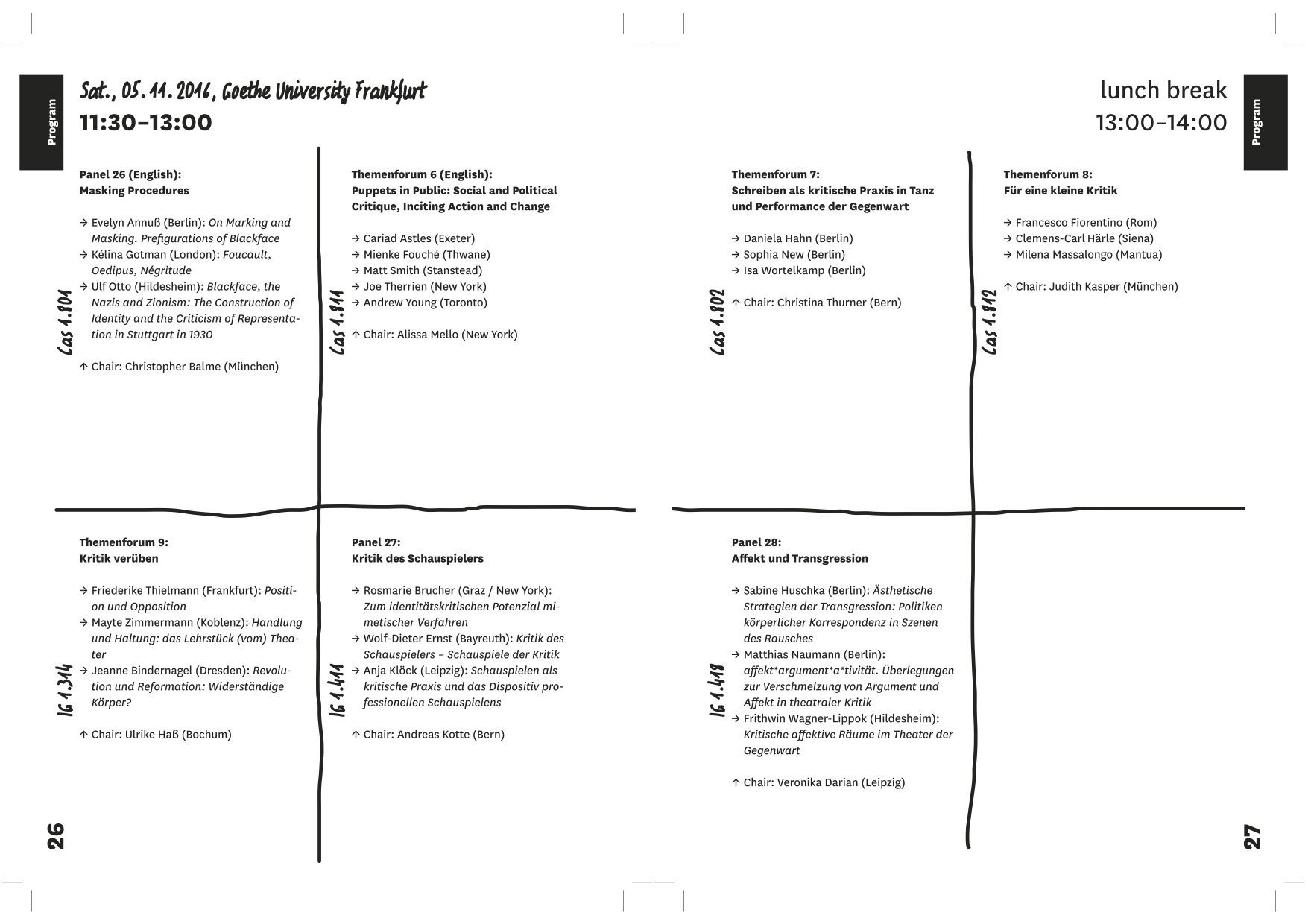 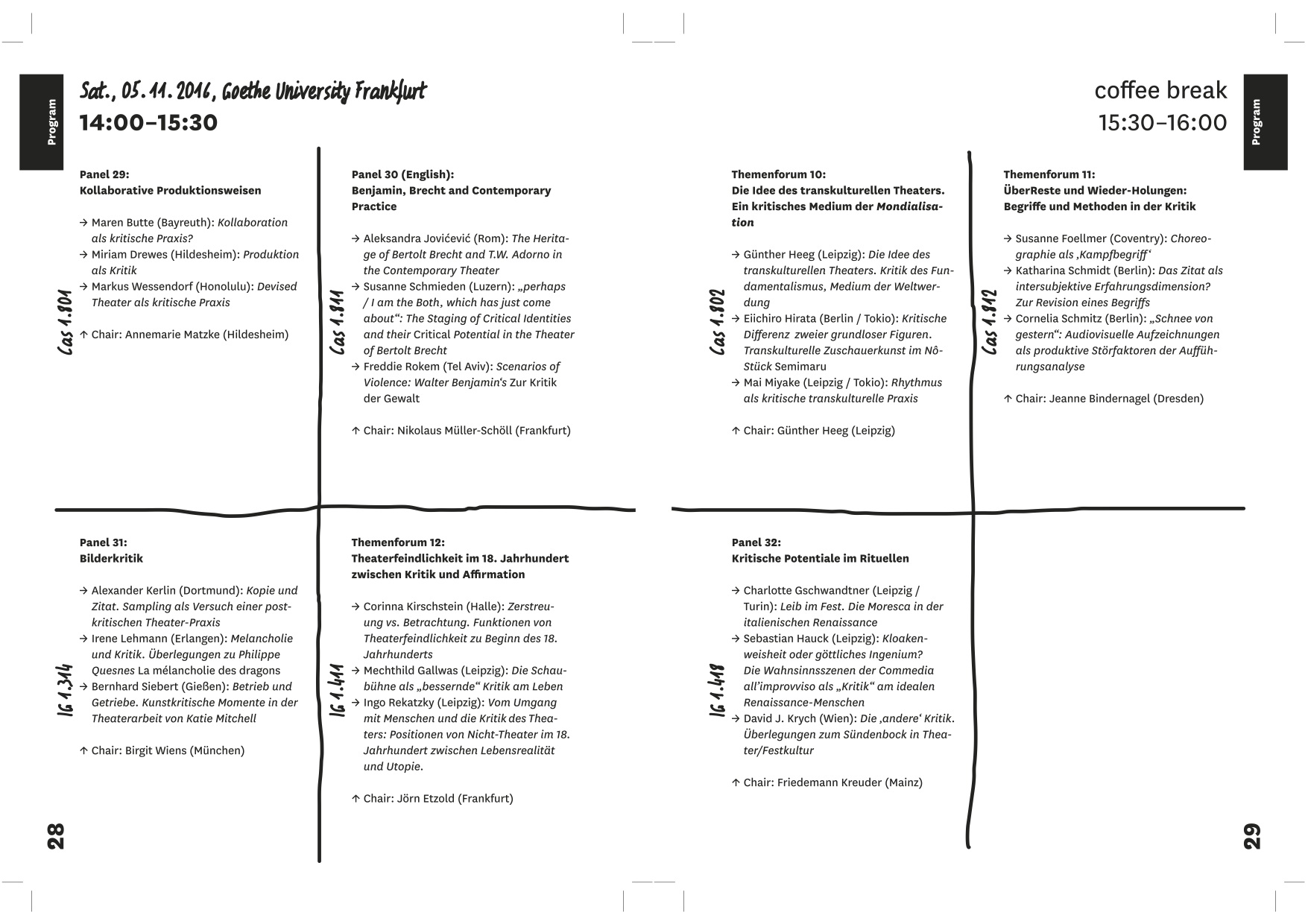 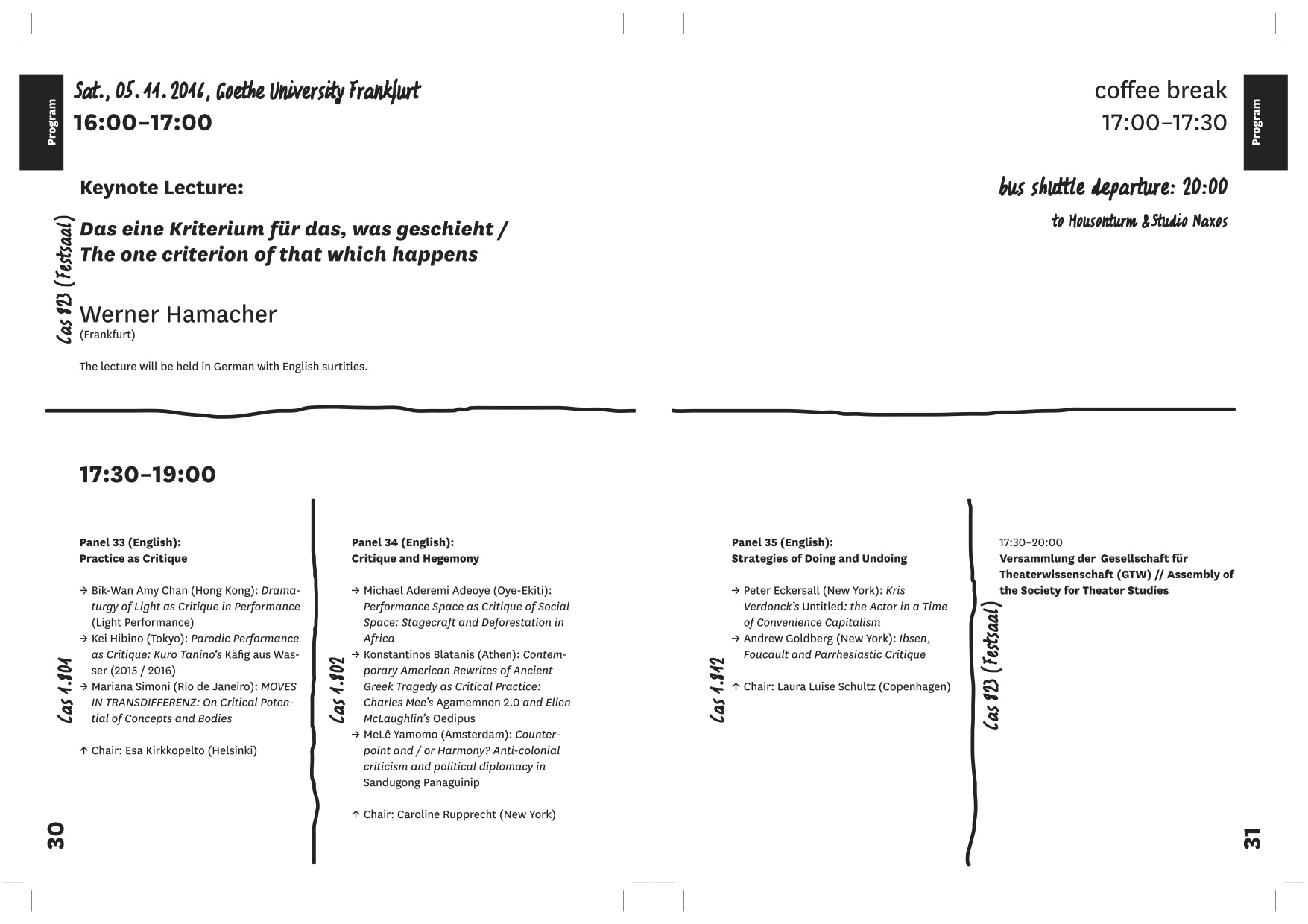 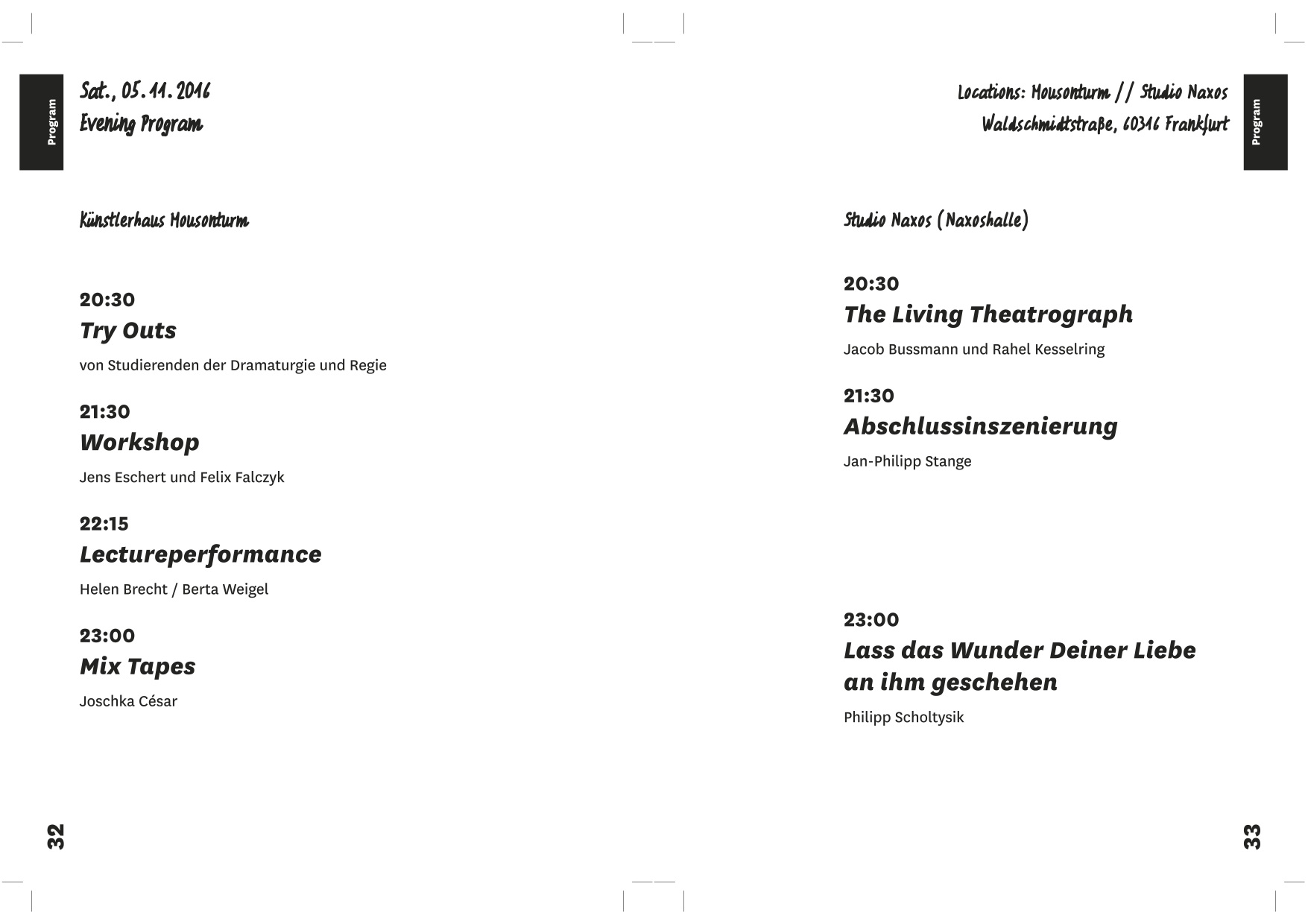 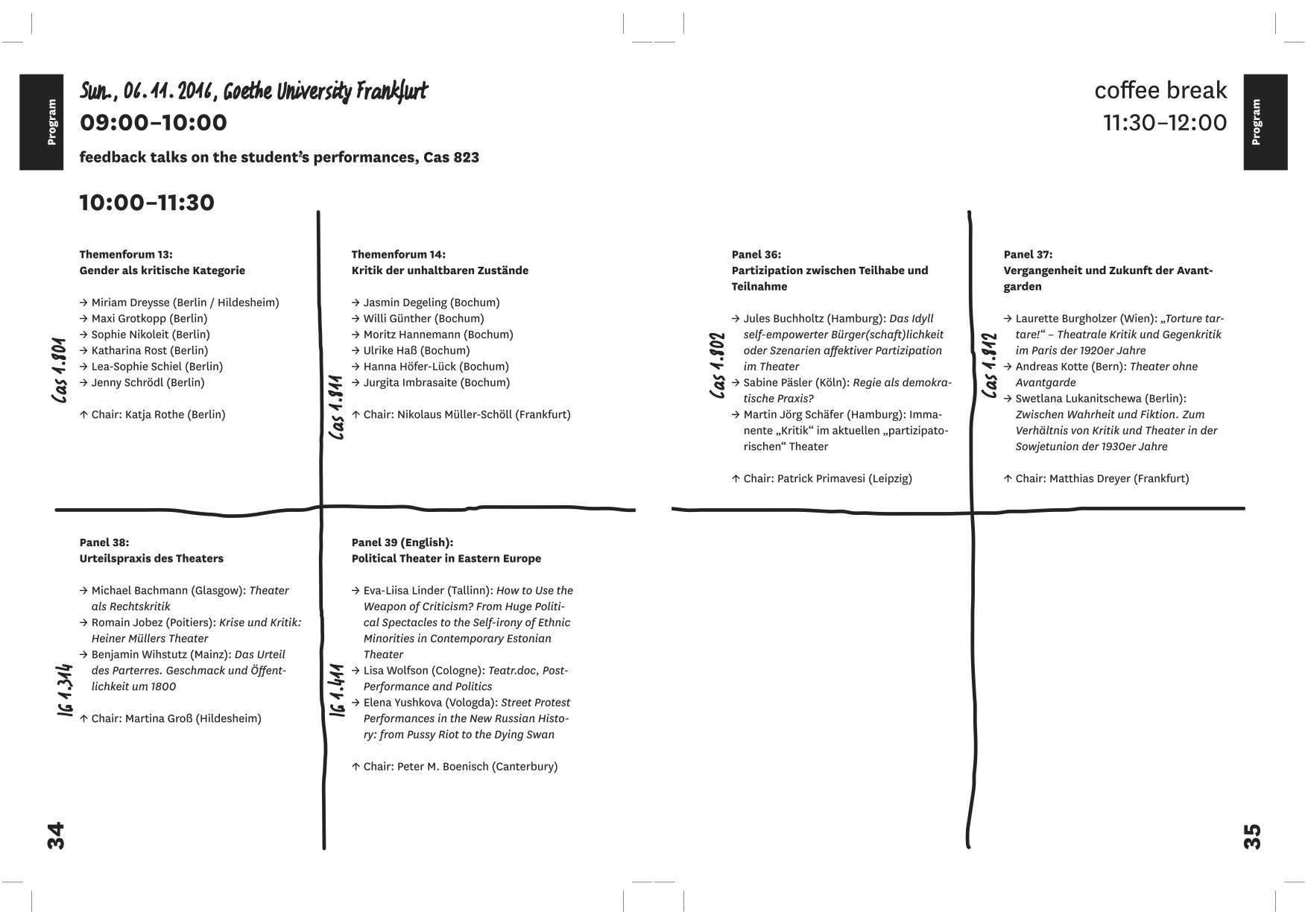 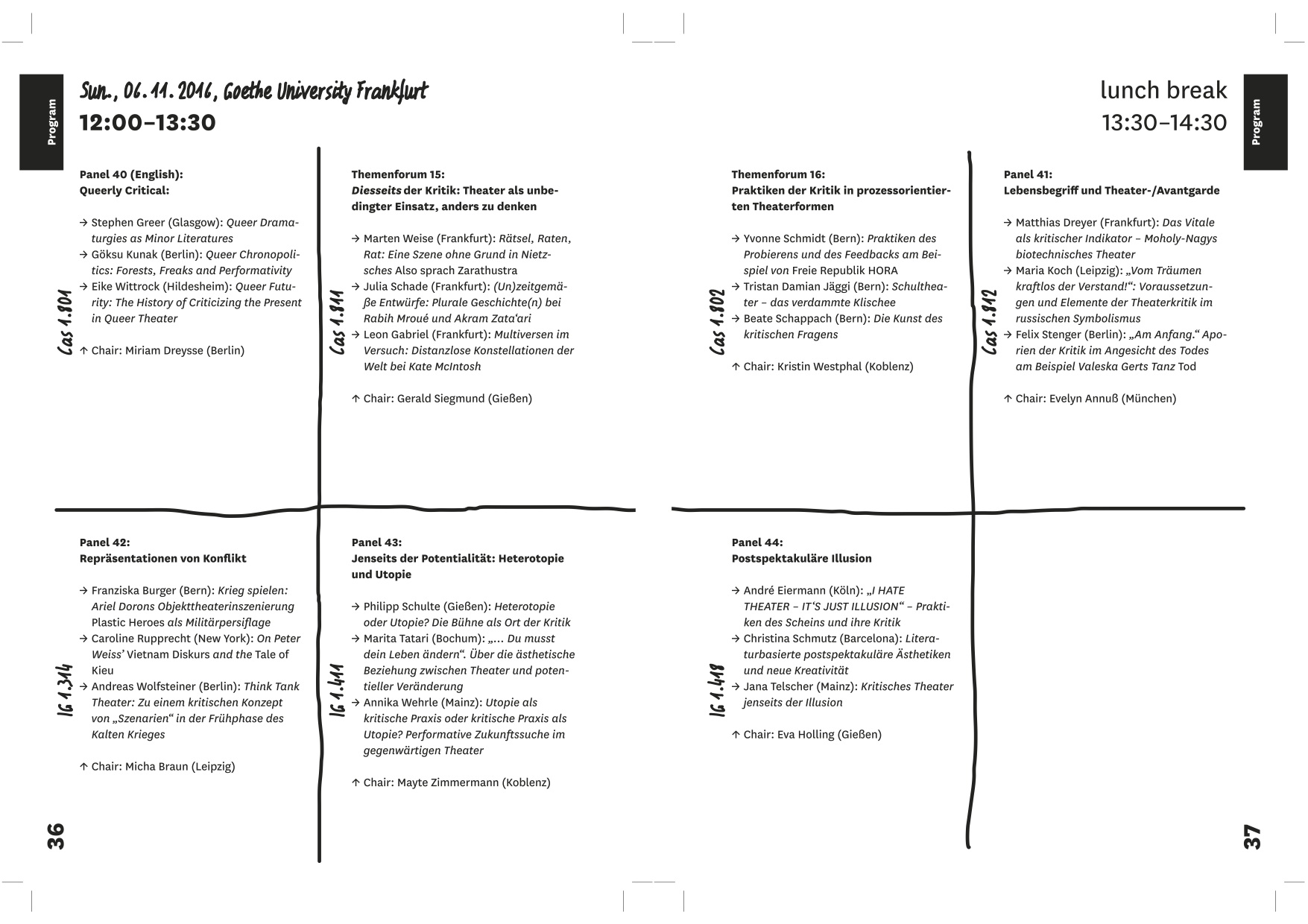 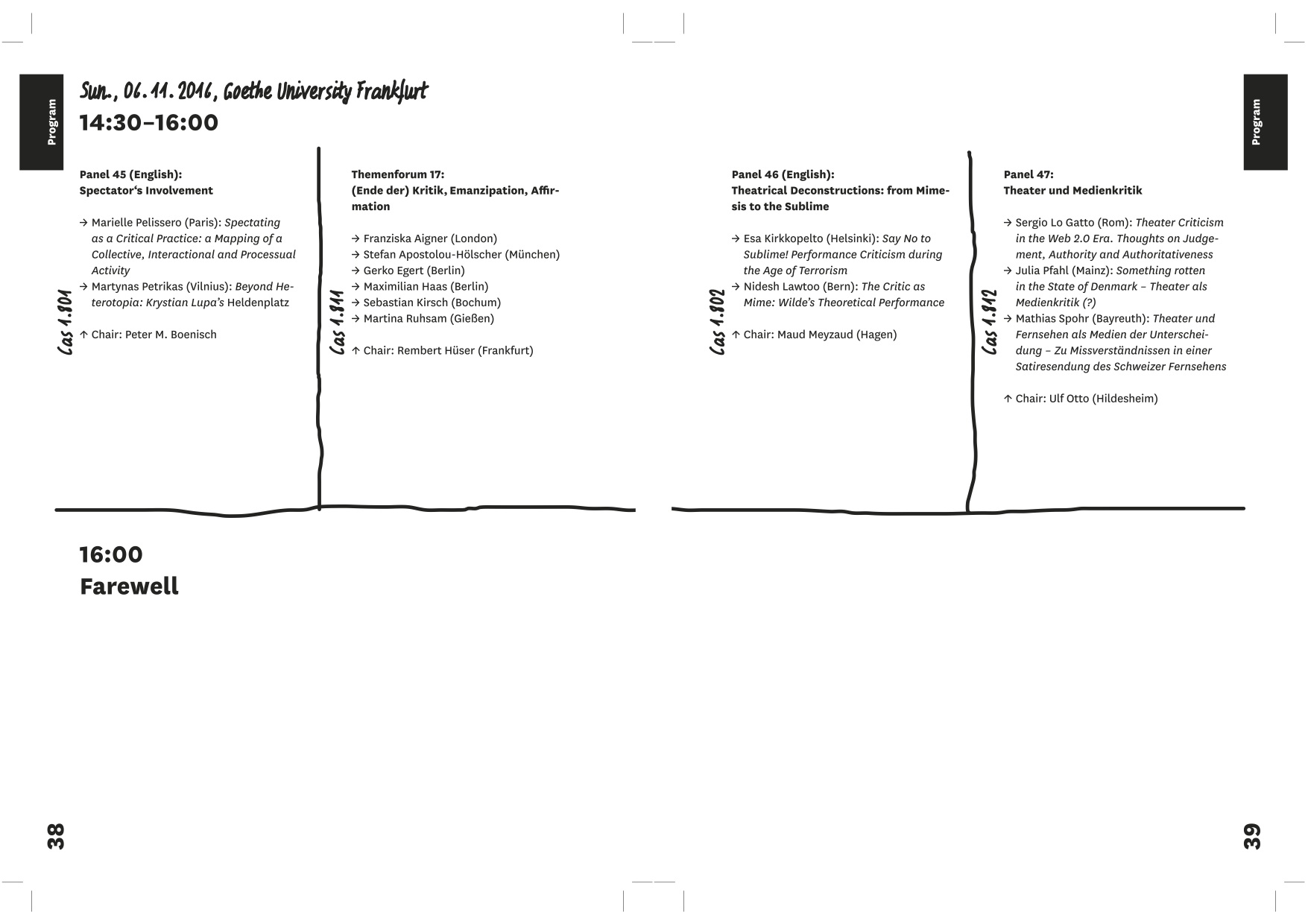